I know this has already been done but after the day i’ve had i don’t care! 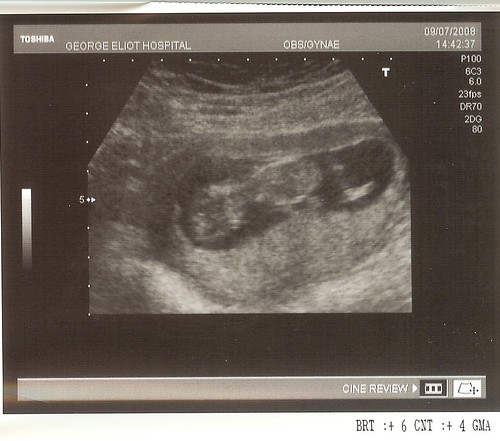 Baby number two on the way!

Picture is from the 12 week scan and we got to see the little one kicking it’s legs around which was fantastic!

Currently expected January 2009 so still a long way to go

Better make some more deals to pay for all the mouths i have to feed!

So what could have ruined my day after such a happy afternoon?

I spent fifteen minutes on hold to an 0845 number (further to my post a couple of days ago about not having a landline, i was calling on a mobile and this isn’t included in my free minutes!)

I then had to jump through a series of hoops (including being asked if i wanted to buy identity theft insurance!) until i was put through to the “fraud team”

I’m still puzzled as to how this happened. Also surely the fact the card billing address is nowhere near the store would raise some eyebrows?

9 thoughts on “Some News”