Last year I wrote about how I’d taken part in a 10km obstacle race called Farmageddon.

I did a couple more of similar runs during 2013 and had some great fun along the way.

One of my friends who also ran with me decided he was going to do the London Marathon this year. He was planning on doing the Warwick Half Marathon as a warm up event as it’s a couple of weeks before and asked if I fancied doing it too.

Since I was in the pub at the time with a drink in my hand I said “Of course!” without actually considering what was involved. The furthest I’d ever run before was around seven and a half miles on one of the mud runs. The obstacles on these courses break the run up so you don’t actually run continuously for that whole distance. This was going to be new territory!

So before I knew it race day was upon me and I was lining up alongside a couple of thousand other people on a chilly March morning with 13 miles ahead of me. 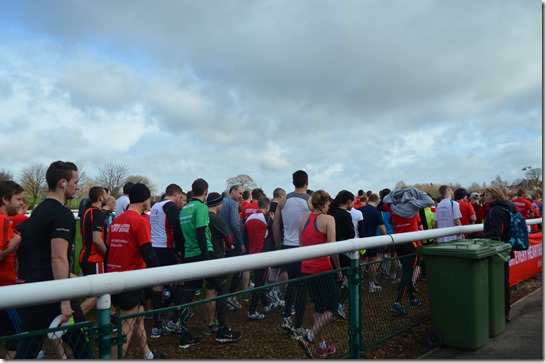 Running into the Warwickshire countryside was fantastic. Having such great scenery on show was a great distraction from the hillier than expected route!

The one thing that was certainly different from the mud runs I’d previously been involved in was the atmosphere. Those events are all fun and games and people are laughing and joking and shouting along the way. This was a much more focussed affair and on the harder parts of the course it was weird seeing so many people running in total silence as everyone was concentrating on pushing through to the next downhill section.

Also what contributed to this were the crowds dropping away. There were plenty of people on the sidelines cheering and shouting encouragement as we came out of Warwick but the numbers died down the further we got into the countryside. As we came back into the town the numbers swelled again and it helped us get over those last few miles and the big push to the finish line. 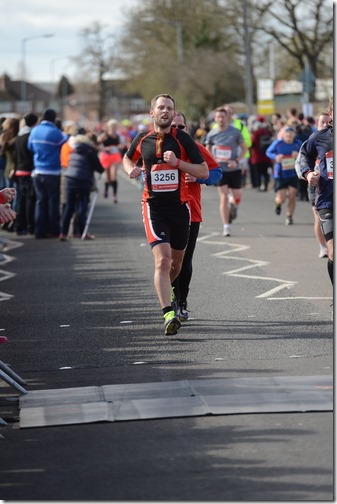 My final time was 1 hour 56 minutes. I’d set a goal of finishing under two hours and I’m really pleased I managed to do that.

The other reason for being so pleased was I was so un-prepared it was ridiculous.

I’d picked up a muscle injury in the run up to Christmas which combined with a general lack of motivation during the cold, dark nights meant that other than playing football I’d done no specific training until about two weeks before the event.

In those two weeks I managed a few three mile runs followed by a five mile run a couple of days before the race.

This meant on race day the furthest I’d ever run in one go was five miles. It’s quite a jump to thirteen miles!

I felt pretty good during the race though and it’s an experience I’m glad I’ve had. I learnt an awful lot!

My thighs however disagree. Especially when trying to do simple things like standing! 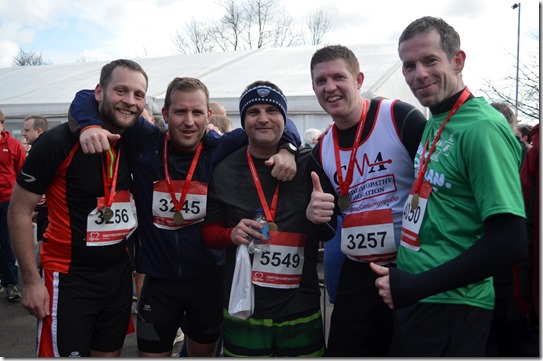 As well as the general smug feeling of achievement a big reason for doing this is to raise some money for charity.

If you’re feeling generous there are a couple of charities to choose from.

The event was run by the British Heart Foundation and I was raising money for them.

My sponsorship page is here

Second from the left in the photo above is Jonathan Rhodes.

His sponsorship page is here

On the right hand side in green is Steven Fallows

His sponsorship page is here

Steven is also blogging about his challenges!

So after all the pain and suffering am I done?

In two weeks time I’ll be doing the same distance again – with mud and obstacles at Farmageddon 2014 for “fun”.