Every year I usually write a post that looks back on everything that happened in the previous year. The end of 2014 and the start of 2015 has been so packed with so many various things January seems to have just vanished before my eyes.

This time last year I was writing about how tragically the year had ended.

With that in mind we, as a family (me, Bryony and the girls), made the decision to make sure we got the absolute most out of 2014.

This meant spending lots of time with friends and family, doing things we enjoy as well as doing new things.

We certainly achieved it!

Some of the highlights, in no particular order were,

I ran my first half marathon

Shortly followed by my first obstacle half marathon!

Bryony jumped out of a plane! 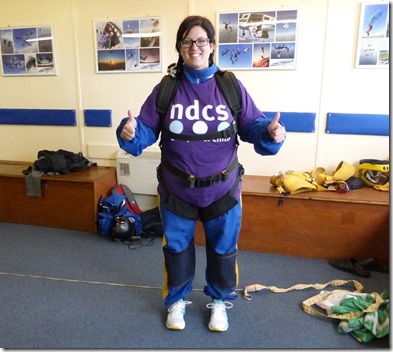 We went to Australia for a wedding

Spent a week in the Isle of Wight

And a weekend in Rome

Took the girls to Comic Con in Birmingham

Climbed the O2 in London

and won a cup!

and much much more!!

Going through some of the photos for putting this together what jumped out at me was the number of smiles. So many pictures of happy faces is a good thing to look back on.

To say I’m pretty happy with my lot at the moment would be an understatement. In Bryony and the girls, I’ve got an amazing family so why would I not want to spend as much time as possible with them!

So it mean I’m glad I was able to squeeze as much enjoyment as possible out of 2014 as I could and I’m very grateful to all the friends and family that were a part of it.

3 thoughts on “Where Did January Go!?”